As Village Administrator Jim is appointed by the Mayor with the approval of the Village Board. He reports directly to the mayor. He is organizational representative of the Village and he is responsible for the proper administration of all affairs, departments and offices within the Village. He may also interface with Town governments as well.

Jim Lynch began working at the Village of Phoenix in March of 2014 as Village Administrator.

Jim has lived in the Village for over 20 years. His wife Tammy and their 4 boys are lifelong Village residents.

Jim has served three consecutive 2 years terms as a Village Trustee. Both Jim and his wife Tammy own and operate different business right in the heart of Downtown Phoenix.

Outside of work, Jim is actively involved in various school committees and volunteers with varsity baseball at the High School level. He also enjoys camping, hiking and traveling with his family. 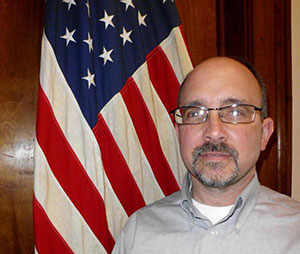